My Boyfriend Came Back from the War 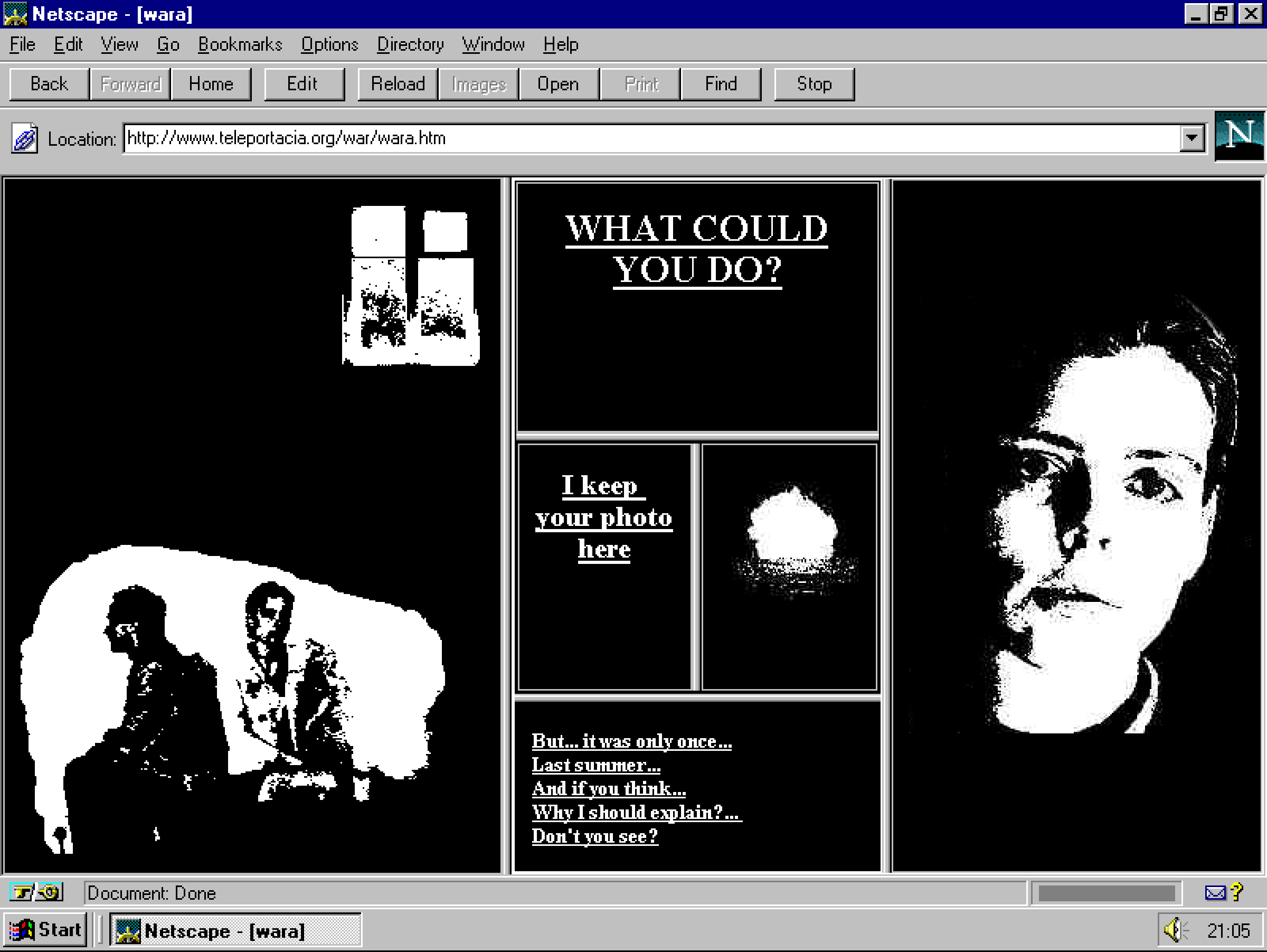 My Boyfriend Came Back from the War, shown in Netscape via Rhizome 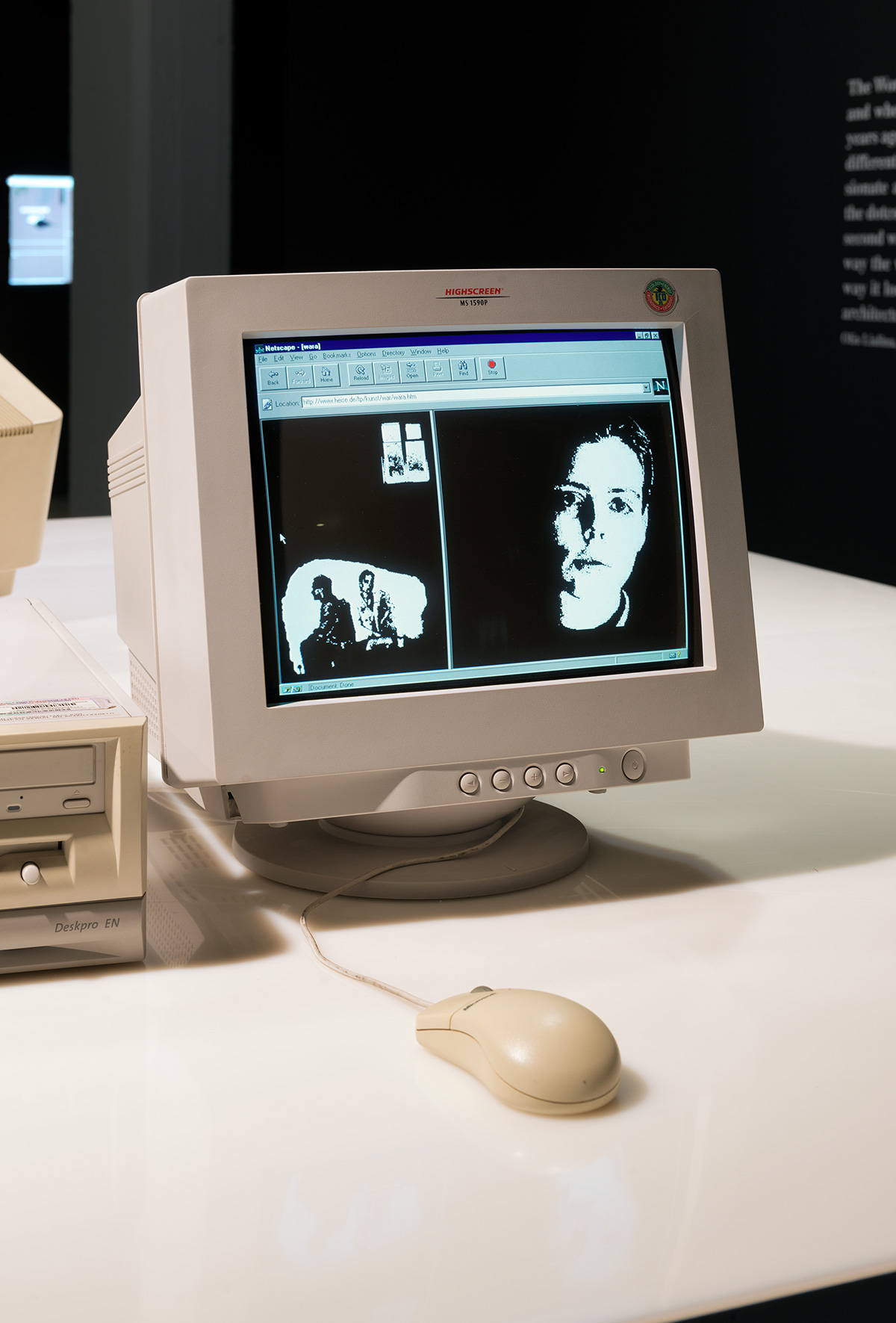 My Boyfriend Came Back from the War, shown on 1990's computer via Rhizome

My Boyfriend Came Back From the War is an example of interactive hypertext storytelling. The work consists of nested frames with black and white web pages and (sometimes animated) grainy GIF images. When clicking hyperlinks in the work, the frame splits into smaller frames and the user reveals a nonlinear story about a couple that is reunited after a nameless military conflict. The lovers find it difficult to reconnect; the woman confesses that she has had an affair with a neighbour while the returned soldier proposes marriage. The story unfolds to the point where the screen has become a mosaic of empty black frames. [1]

Olia Lialina calls the work a netfilm, because of its similarity with cinematic narrative. The grainy black-and-white images and intertitles refer to early silent movies. Of its filmic qualities, curator Michael Connor wrote of the work, "the work adapts cinematic montage to the web … separate frames are joined together by HTML code and the browser itself and experienced in both space and in time, employing what Lev Manovich has characterized as spatial and temporal montage." [1]